Send an email to with:

The Appalachian Student Ambassador organization was founded in 1977 by Fred Robinette along with 12 dedicated students. Their responsibilities consisted of offering campus tours and assisting with alumni programs as hosts and hostesses. Although the group was small in number, they possessed a great deal of spirit and passion for Appalachian. 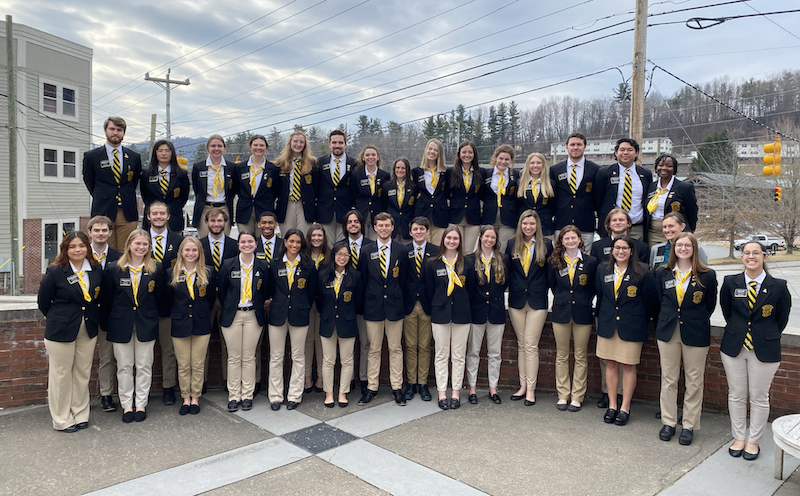 In 1981, Mr. Robinette took the position of development officer for the College of Business. In the next ten years, the Ambassador organization would have four different advisors (Barbara Burgin, Mark Driebelbis, Tom Lawson, and Todd Campbell). The program had little structure and loosely defined responsibilities. One thing was clear however; the organization was here to serve the University as official student representatives whenever necessary. In July of 1988, under the leadership of Brad Edwards, President, and Patrick Henderson, Advisor, the Ambassador program began to take shape. Regular weekly meeting times were scheduled and the group's responsibilities began to grow and become more defined.

“One thing was clear however; the organization was here to serve the University as official student representatives whenever necessary.”

In 1989, 12 students grew into 38 dedicated members with over 33 leadership positions assigned each year. This was beyond the primary focus of giving informative tours that showcase what it is like to be a student at Appalachian State University through focus on a genuine tour experience. 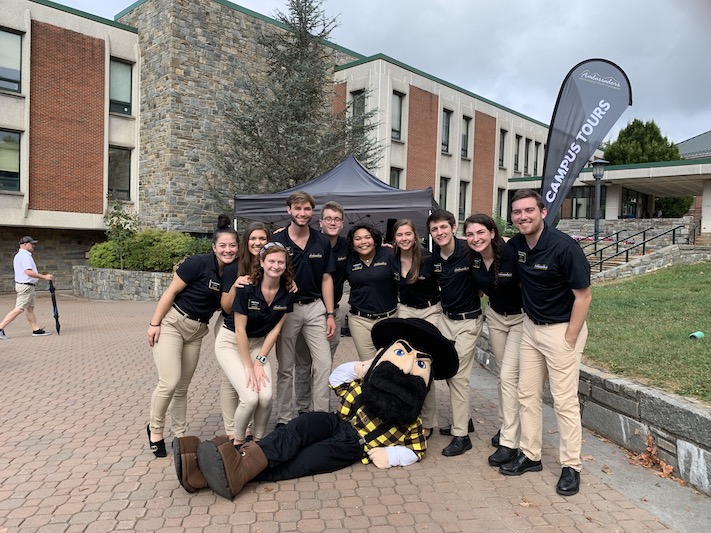 In July of 1995, the Student Ambassador office moved into the McKinney Alumni Center where they continued to strengthen the relationship between alumni and their alma mater. In the fall of 1996, Ambassadors relocated their office to the John E. Thomas Building, which houses the Office of Admissions and the Visitors Center. The Ambassadors continued to receive stable advising roles from Patrick Setzer with the Office of Admissions and Tracey Ford from the Office of Alumni Affairs. After the move to the John E. Thomas Building, the Ambassadors continued to serve the university through various roles and expanded their responsibilities throughout campus.

Over the years, the Ambassador Organization has become embedded into the fiber that makes up Appalachian State University. The organization has started and kept traditions dating back to its founding. The group is deeply rooted in professionalism, dedicated service, and a direct partnership with the three offices they serve: the Alumni Association, University Admissions, and the Office of the Chancellor.

“The group is deeply rooted in professionalism, dedicated service, and a direct partnership with the three offices it serves.”

Today, the organization is made up of about 50 undergraduate students, all volunteers. The group keeps two advisors; one from within the Office of Admissions and the other in Alumni Affairs. No member is paid individually, however the Ambassador organization is university funded, allowing them to purchase necessary items for various activities and the needs of the group to best serve their mission statement. 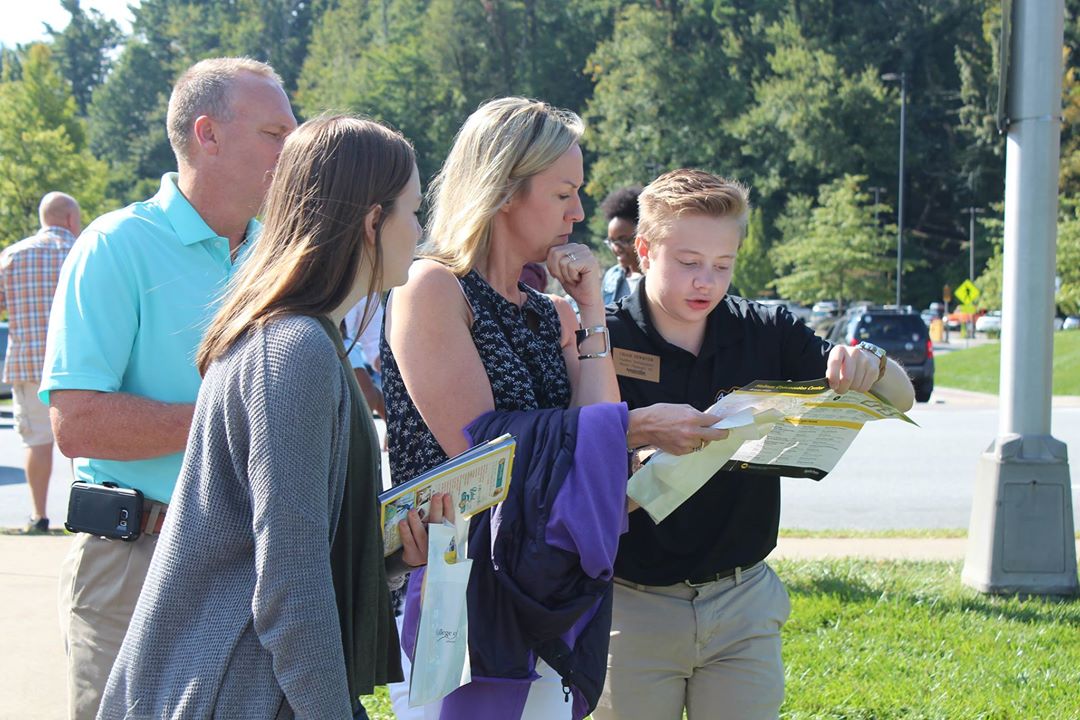 The group is run by an Executive Committee composed of six Student Ambassadors who are voted in within an internal election process which takes place at the end of each academic year. Every member has a leadership position with some form of responsibility. Outside this set responsibility is the requirement to give a weekly campus tour to prospective students and their guests.  In addition to leading campus tours, Ambassadors further serve the Office of Admissions by assisting in all open houses, and admissions events throughout the academic year.

“When any of the three offices we serve needs student representatives, they call on the Ambassador organization.”

The Alumni Association also hosts various events in which Student Ambassadors volunteer their time to mingle with Alumni, give campus tours highlighting the changes since their attendance, and give a personal testimony on the Appalachian experience today. When the Chancellor hosts guests in the Chancellor's Box at our football games, you will find Ambassadors there to entertain, host and serve guests. The Organization will volunteer their time to assist in hosting, mingling and serving in any capacity for the Office of the Chancellor whenever called upon. When any of the three offices they serve needs student representatives, they call on the Student Ambassador organization.